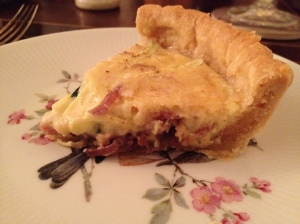 Every few weeks, we go to a farmer’s market in Chestnut Hill, a neighborhood in Philly, and we get these amazing French-style tarts (sweet and savory) from Market Day Canelé. The flavors vary from week to week depending on what is fresh and in season. This past weekend we were not going to get there because we had prior plans.

I had recently discovered the blog Becoming Madame, and I had read her three posts on “Eating like the French“. So I thought, inspired by these posts, why not make my own French-style tarts? Especially since I already had beef for steak tartare thawing in the fridge and needed a second course to accompany it. Done. I would make a quiche/tart. And while I was at it, I might as well use those apples sitting in the fridge. Apple tart it is! The resulting menu was: Steak tartare, bacon and onion quiche, and apple, cardamom cream tart. I had small serving of yogurt between the main course and dessert, my parents opted for a small glass of kefir – same concept. We accompanied all this with a bottle of Gruet Blanc de Noirs, because who doesn’t like a little dry bubbly? The result was quite satisfying – and my first attempt at steak tartare was a success, if I do say so myself. Thanks for the idea, Becoming Madame! 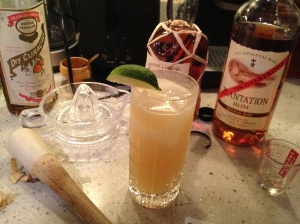 Cool evenings send us to the dark liquor. However, being out of whiskey and cognac there was nothing for it but to go with rum. Not that I have anything against rum. Rum is great. It’s the closest I can get to recreating a tropical vacation here in the Mid-Atlantic. Anyway, I was thinking a dark and stormy might be tasty, but we didn’t have any ginger beer. We did, however, have fresh ginger. So I sliced some of that and pounded it in the mortar and pestle, poured lime juice over it, and let it sit for a few minutes. Strain it into a glass, add rum and top up with seltzer and tadaa! A gingery rum drink.

END_OF_DOCUMENT_TOKEN_TO_BE_REPLACED 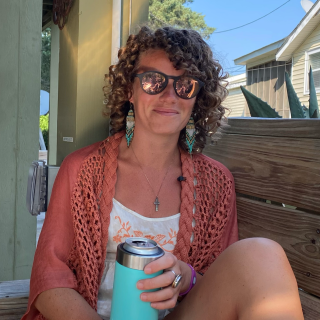 Living life one meal at a time, and hoping to share some of the food love with all you beautiful people!

................... for lovers of ice cream. Your free on line magazine for sweet frozen treats. Recipes, inspiration, artisanal ideas for your delectation.

This WordPress.com site is the cat’s pajamas

..a lifestyle blog filled with recipes, photography, poems, and DIY

Get some good food. Cook it. Share with friends. Have a cocktail.

where observation and imagination meet nature in poetry

Dads in the Kitchen